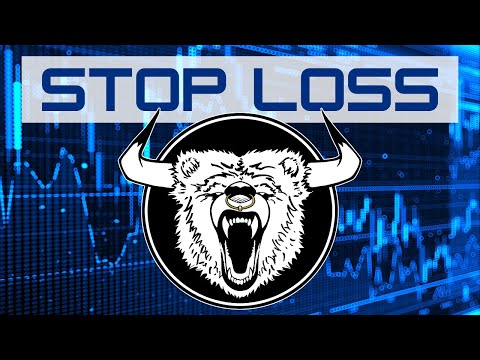 Thinking about pulling out - maybe I'm just not any good at this?

So I first bought in to BTC back in November during the big ramp up. I bought my first two and a half or so coins ($500 worth) at around $223 each and giddily sold at around $330 for a tidy ~$200 profit. What easy money!
I didn't really pay attention again until the end of the month, when the price had hit $1200 or so (on Coinbase, at least, which was where I was moving fiat in). Completely oblivious at that point and time to MACDs, Stochastic RSIs, and pretty much anything else even resembling a technical indicator, I bought back in at $1070 or so (at that point, maybe 1.2 coins or so) and told myself I'd come back and check it in a week or so to reap my rewards.
I sold a week later at around $715, posting a loss of around $350. Lesson learned: always have a stop loss, and either automate it or pay enough attention to be able to implement it manually.
Over the next two weeks, I bought back in (1.4 coins worth or so, maybe worth $850 in fiat at the time) and tried my hand at shorter term trading on BTC-E using QT Bitcoin Trader (which is an awesome app, kudos to whomever designed it). Riding little waves and bumps, buying high, selling low, beginning to pay attention to the various indicators available on bitcoinwisdom and bitcoincharts. I never seemed to make too much forward progress though; for every three times I'd make $10, there would be one unforeseen market movement that would cost me $30 before I hit my stop loss. On two separate occasions, I fell asleep/zoned out/got distracted while trading and came back a few hours later to find myself down $60 or so dollars. Going back over my strategies, I found a few mistakes I'd made that I likely wouldn't have if I'd paid attention to more indicators or hadn't panic sold shy of my stop loss. Lesson learned: 1) once you have a plan, stick to it; and 2) make sure your plan contemplates conflicting signals so that you don't put all your eggs in one basket.
So that's where I find myself today. I continue to learn more about various indicators, the nuances of the order book, and when to spot a pump & dump trap during low volume trading periods, but I'm still 35% or so down from what I put in, and 50% down from my all-time high. Do I have any more lessons to learn? Is my stop loss set too high - am I too risk averse? Am I trading on windows that are too short for human beings to be able to successfully trade on and make consistent profits, given the number of sophisticated bots that dominate prices and trends during most low volume periods? Or do I just not have the tools - the automated, mathematical, scientific tools - needed to remove my personal judgment and fear from the equation entirely, so that I can actually physically walk away from the ticker?
Or is it possible I'm just not any good at this?
Perhaps this is less of a genuine question and more of a rant. I doubt I'll want to really walk away now (I don't really need the $1000, and wouldn't be hurting if I lost all of it tomorrow, which is at least one rule I went with and got right from the start), but sometimes you just get down enough to want to complain to some folks who have been there. Thanks for listening.

I am new to this automatic trader and I thought I understood the sell/buy orders but apparently I dont. I set a sell order for $625 as a 'stop loss' using qt bitcoin trader on bitstamp. At the time the the price was around $660. I looked away for a second and when I went back to qt bitcoin trader i saw that I had an order filled at 661 and 662. WTF happen? I set a sell order at 625 and it ended up selling asap.

Sign up to buy Bitcoin on Luno with this link, and we'll both get R10 worth of Bitcoin for free: https://www.luno.com/en/invite/S863A In this video, I explai... JL Script - new script language for advanced Bitcoin traders. On this video you can see example of voice notifications. Official application page: https://ce... How To Avoid Big Bitcoin Trading Losses or Lock In Crypto Profit by Setting Up Automated Stop Loss Orders... www.recontrader.com [email protected] The next video is starting stop. Loading... Watch Queue Queue. __count__/__total__ Find out why Close. Issue 4. Review of the program QT Bitcoin Trader Phoenix Group. Loading... Unsubscribe from ... Qt Bitcoin Trader - trading client for Mt.Gox and BTC-e - Duration: 2:55. ... How to place a Stop Loss order on Kite? - Duration: 4:17. Zerodha Recommended for you. 4:17. The Best Methods To Build ...